.: Stadium
Antonio Vespucio Liberti
History of River Plate
Club Atlético River Plate also known as River Plate or simply River is an Argentine club founded a hundred years ago that gained fame thanks to its football team. The club is currently based in the neighborhood of Núñez, Buenos Aires; however its first building was located in La Boca.

After founding the club on May 25, 1901, the first team was formed with the following players: Moltedo, Ratto, Cevallos, Peralta, Carrega, Bard (the president), Kitzler, Martínez, Flores, Zanni and Messina.
Its historical rival is Club Atlético Boca Juniors, against which it plays the so called Superclásico (super-classic match). Besides, the matches played against the other three great football teams in Argentina (Independiente, San Lorenzo and Racing) are also consider a classic.

River has always been one of the most important teams of South America. They won 38 official tournaments, including 33 Argentine League titles, 2 Copa Libertadores (1986 and 1996), a Supercopa (1997) and an Intercontinental title (1986). In 1986, River Plate fans known as Gallinas as of the 60s (literally, chickens) and Los Millonarios as of the 30s (the millionaires)  had the opportunity of watching River win the local title, the Copa Libertadores, the Copa Interamericana and the Copa Intercontinental. 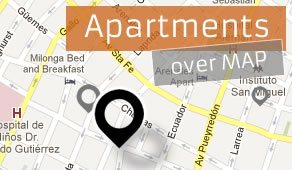