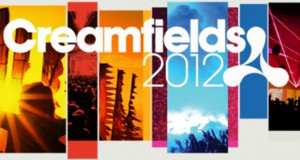 The Creamfields party in Buenos Aires took place for the first time in 2001. During the first edition it was already a success, and year after year, it became more popular and today, it still is. By 2006, the Creamfields in Buenos Aires managed to get the world record in attendance: 60 thousand people witnessed the party. And the people continued attending this great show. Many famous artists were part of the Creamfields, such as David Guetta, Faithless, Fatboy Slim, Paul van Dyk, Carl Cox, Sasha, Richie Hawtin, Hernán Cattáneo, Steve Lawler, Dubfire, Loco Dice, Calvin Harris, Steve Angello, Marco Carola, Laidback Luke, Mark Knight and Cassy, just to mention a few.

This 2012, the party will not be that different. Creamfields will take place on November, 10th from 4pm in the “Autodromo de Buenos Aires” [racetrack of Buenos Aires] (Av. General Paz and Av. General Coronel Roca).

At the moment, they are already selling the tickets for the Creamfields 2012 in Buenos Aires. The general ticket called “early bird ticket” costs AR$300, plus charges per service (the total price is approximately AR$340). The tickets can be bought through MultiTicket, by phone.

This 2012, the Creamfields promises to be successful, exciting and impressive, as the previous years. Buenos Aires continues offering an electronic party that you cannot miss; have you got your ticket?