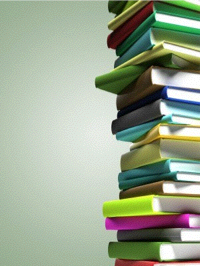 In its 37th edition, Feria Internacional del Libro de Buenos Aires will take place, as usual, at La Rural and Peruvian writer Mario Vargas Llosa, recent Nobel Prize in Literature, will be in charge of the inaugural speech on Wednesday, April 20th at 6pm. The doors of the Fair will be open to everybody from April 20th to May 9th. During those days, apart from buying books, visitors may participate in cultural activities, conferences for professionals and free courses that are organized in the Fair.

Profit from your visit to Buenos Aires to buy books and participate in the excellent cultural activities organized in Feria Internacional del Libro de Buenos Aires. To do so, nothing better than staying at a warm furnished apartment for temporary rent in Palermo, close to La Rural. Here you will find a short list of our best flats in this bohemian neighborhood:

General Admission: From Sunday through Thursday, tickets cost AR$15 and the Fair is open from 2pm to 10pm. From Friday to Saturday, tickets cost AR$20 and the Fair closes one hour later, at 11pm. Under-12-year-old children accompanied by an adult are admitted for free. From Monday through Friday, retirees, pensioners, students, teachers and lecturers do not pay the ticket upon submission of the corresponding card.

How to get there? : Check out the following map, where there is also information on the several means of transportation you can take to get to La Rural.