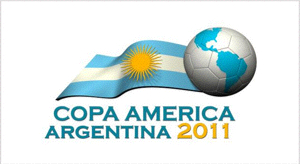 This year, Argentina will host the 43rd edition of Copa America, which will take place from July 1 to July 24, with the presence of twelve national teams, ten from South American countries –members of Conmebol ­– plus two invitees: Argentina, Brazil, Uruguay, Chile, Paraguay, Ecuador, Colombia, Venezuela, Bolivia, Peru, Mexico and Japan. Expectations are high because seven participants in this tournament were among the 2010 World Cup’s last eight (Argentina, Brazil, Chile, Paraguay, Uruguay, Mexico and Japan).

The undisputed candidates in Copa America 2011 are the historical rivals Argentina and Brazil. However, after its excellent performance at the 2010 World Cup, Uruguay is also included in this year’s list of favorites.

Eight stadiums located in different cities throughout Argentina have been selected and remodeled in order to provide the best comfort to the public:

Do not miss your opportunity of living Copa America 2011 final match, to take place on July 24 at Monumental Antonio Vespucio Liberti Stadium (River Plate), in the cosmopolitan city of Buenos Aires. To do so, we recommend you to stay at any of the following furnished apartments for temporary rent near to River Stadium in Nuñez and Belgrano neighborhoods.