Julian de Almagro has had a lot to do with this neighborhood name, which was popularized after the inauguration of Ferrocarril del Oeste (West Railway) on August 29, 1857, since one of the stations was called Almagro to honor the rich merchant for the donation made.

The constant growth of population in Buenos Aires resulting from the generous immigration flow from the middle of the 19th century created the need to develop the outskirts of Buenos Aires, make new streets and avenues, and build educational and religious buildings and homes.

This neighborhood has always had its unique personality due to the blend and mix of opposite cultures and customs that coexisted: tango and poetry, politicians and village leaders, beautiful respectable houses and humble crowded ones.

Do not miss the opportunity of taking a tour around Almagro, one of the more traditional neighborhoods in Buenos Aires that still keeps the charm of its antagonisms.

LAS VIOLETAS: It was, and still is, a classical meeting point on Rivadavia and Medrano corner (or Rivadavia and Castro Barros), where hardware store Podestá or "14 Provincias" store were located. The famous coffee store Las Violetas, inaugurated in 1884, still opens its doors to the public. It is worth visiting Las Violetas not only to admire its beautiful architectural classic style but also to appreciate the service given by the well groomed, stylish and traditional waiters (called mozos).

CENTENARIO PARK: This Park is a life celebration, particularly during weekends, when the party starts with young people playing their own music outdoors and the handcraft markets where you can also find interesting old books. The park is surrounded by the attractive architecture of buildings such as the Natural Science Museum an interesting place to visit where shows and exhibitions are also organized,  and the Galileo Galilei Observation Center a special place for sky lovers.

OSVALDO PUGLIESE MONUMENT: This wonderful artwork by sculptress Paula Franzi is located at the intersection of Corrientes, Scalabrini Ortiz and Luis María Drago. The monument was inaugurated on December 2, 2005, in order to celebrate the 100th anniversary of Puglieses birth. Pugliese was a precursor of great music figures, such as Astor Piazzola and Horacio Salgan. This artwork shows Master Pugliese playing piano together with a double-bass player, two singers, two violinists and two bandoneon players in a circular platform. 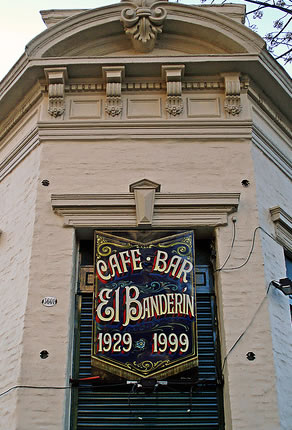