This old Buenos Aires neighborhood has resisted becoming modern, since its buildings preserve the look of yesteryear. Several artists and craftsmen have their homes and studios in San Telmo, the perfect place to live tango afternoons and nights, chat over a cup of coffee and get together with friends in any of the many milongas (tango joints).

In the beginning, the neighborhood was known as Alto de San Pedro (alto is the Spanish term for stop), because carts stopped there before continuing to the port. San Telmo is derived from the name of Spanish friar Pedro González Telmo, chosen by residents to be their patron saint.

In the late 19th century, the large homes of the leading local families were occupied by new Spanish and Italian immigrants, who created the famous conventillos (tenement houses), where entire families lived in a room, sharing bathroom, kitchen and patio with other families.

Do not miss the opportunity of taking a tour around San Telmo and contemplating its cobble-paved streets, colonial houses, mysterious patios and ironwork balconies from the past.

NATIONAL MUSEUM OF HISTORY: The museum is located in the old residence of the Lezama family. It covers Argentine history from the Viceroyalty period to 1950. Its 30 rooms exhibit the customs of the times. The most impressive display is the reproduction of the room in which Argentine hero General San Martín died.

DORREGO SQUARE: It used to be a market, but it was turned into a square in 1897. The flea market takes over the square every Sunday. The buildings around it have preserved its original façades and now house elegant antique and coffee stores.

SAN TELMO FAIR: Designed by architect Antonio Buschiazzo, San Telmo Fair opened its doors in 1897. It is the city´s oldest public market and the only one of its type that still opens its doors (950 Bolívar).

MUSEUM OF MODERN ART: It opened its doors in 1989. The Museum of Modern Art is located in an old building that was once a tobacco factory. Its brick façade dates from 1918. The museum collection belongs to Ignacio Pirovano and includes works by contemporary Argentine artists (350 San Juan).

LEZAMA PARK: It is generally believed that Lezama Park is located in the place where Pedro de Mendoza founded the city in 1536. On weekends and holydays, a crafts fair takes over the park from 10 am to 8 pm (Defensa and Brasil). 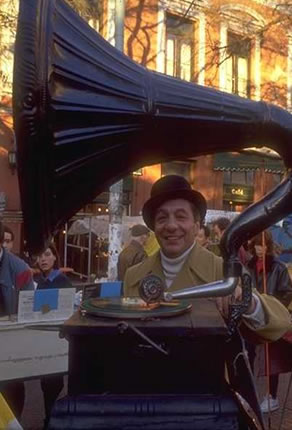