Colegiales is a neighborhood that offers many contrasts and opportunities. You can find tall buildings from, Colegiales Station to Av. Cabildo, with an every-day-growing car and people traffic. However, the neighborhood also has a residential area on Av. De los Incas and Av. El Cano, and going a little further, an area of low humble houses.

The neighborhood is well known around the world thanks to humorist Quino, who decided to locate his famous comic strip Mafalda in Colegiales. Nowadays, there is a square named Mafalda in his honor on the intersection of Conde and Concepción Arenal.

The traditional cafés in Colegiales were frequently visited by compradritos and malevos (troublemakers that lived in the poor areas of Buenos Aires during the 30s). Café Argos, located at Federico Lacroze and Álvarez Thomas, is conserved as a relic with its pool tables.

The famous writer and journalist Ulises Petit de Murat and Ladislao José Biró, famous for inventing the pen, lived in this neighborhood. Do not miss the opportunity of taking a tour around the streets that witnessed part of Buenos Aires history.

COLEGIALES SPORT AND SOCIAL CLUB: A club that used to be very crowded. The Polaco Goyeneche, a tango figure, used to perform there (2860 Teodoro García).

FEDERICO LACROZE ASOCIATION: It has social and cultural functions, and its facilities are also used by other institutions, such as the Literary Seminar Enrique Banchs and the Board of Historical Studies of Chacarita and Colegiales (3955 Maure).

FLEA MARKET: Dorrego Market has become a famous Flea Market since 1988. It is a unique storehouse where you can buy antique objects, all sorts of furniture, lamps, glasses, African necklaces, porcelain, TVs, radios, and any other object you can imagine. It is open every day (Álvarez Thomas and Dorrego). 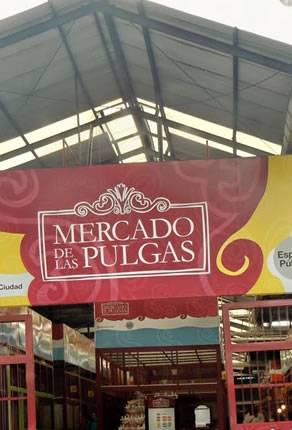